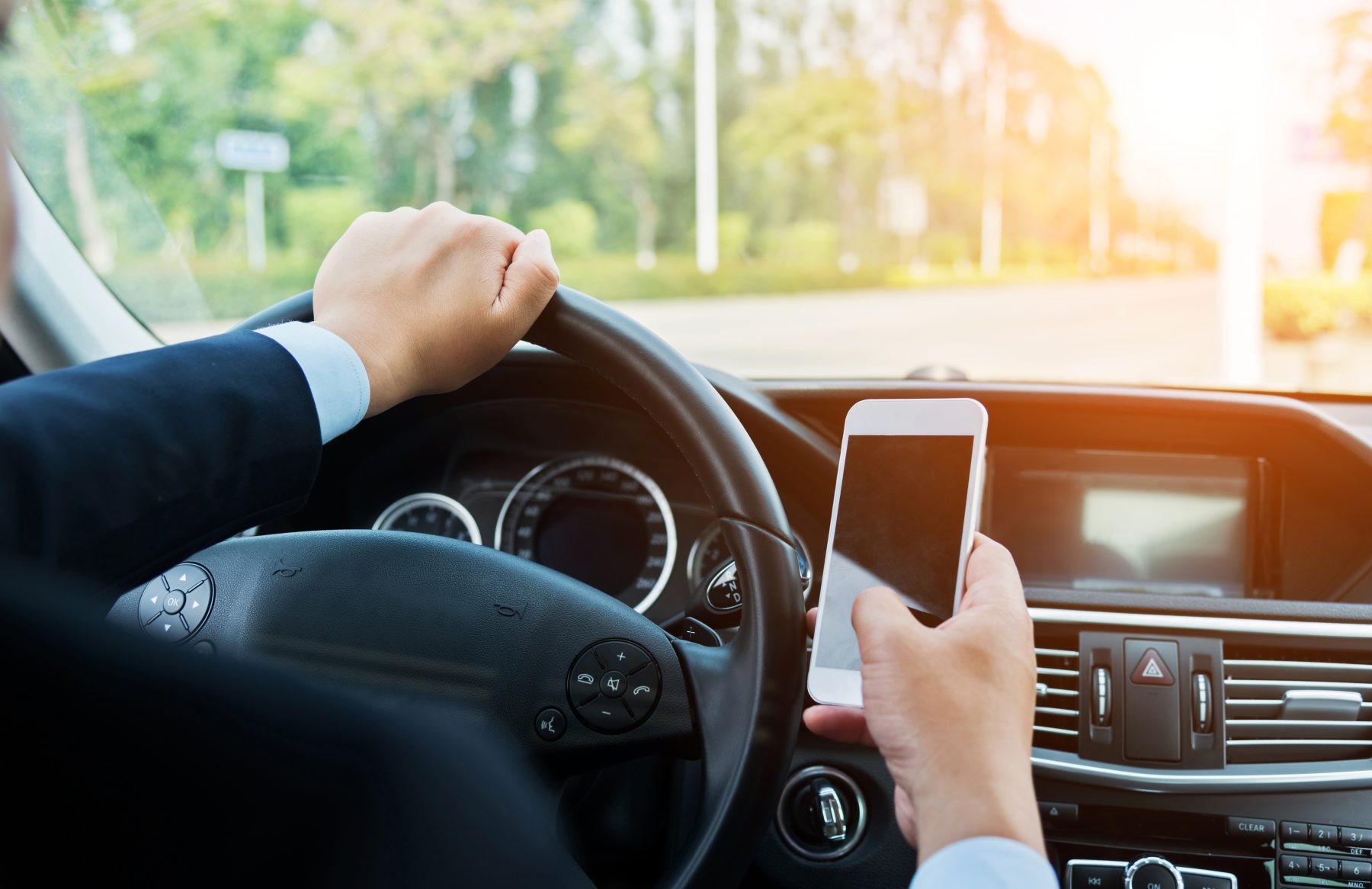 Anyone who has ever been in a car accident with injuries or fatalities knows the life-changing terror of these traumatic events. Some of the worst accidents occur when someone drives distracted, such as when texting and driving. In fact, texting accidents and other distracted driving in America cause 330,000 injuries each year, with over 3,450 people losing their lives in 2016, according to the CDC.

The National Highway Traffic Safety Administration reports that a driver who looks away from the road is at risk for an accident immediately, and one can occur in a mere 4.6 seconds. Many of the most tragic auto accidents in American history relate to distracted driving. Below are some of the worst of these texting and driving accidents ever.

In 2012, Deianerah Logan of Byron, Minnesota made a fatal decision that abruptly ended her senior year in high school, as well as her life. D.J., as her friends called her, left school behind the wheel of her family’s minivan on September 4. She headed home but started composing a text message with the van cruising at 63 miles per hour. Accident scene investigators note the van continued at that speed as she crashed into the back of a stopped school bus.

D.J. was unconscious when paramedics arrived. Doctors pronounced her dead at the hospital. Sadly, her father Matt was also out driving that day. On the way to his son’s football game, he drove over a hill to find the fatal accident scene in front of him. Unable to recognize what was left of his daughter’s mangled vehicle, Mr. Logan only knew he sensed his daughter’s involvement. As a rescue helicopter took the victim to nearby St. Mary’s Hospital, police officers on the ground informed Matt he was right. His daughter, one of five children in the family, was gone forever.

Eighteen year old Liz Marks of Maryland was driving her Mazda 3 in April 2012, when she received a one-word text from her mother. She was looking at the text, a simple, “OK,” when her vehicle plowed into the back of a flatbed trailer.

Liz was lucky, compared to other victims of texting accidents. She survived. But she needed many surgeries, including facial reconstruction. As a result of the accident, she lost vision in one eye, cannot smell and suffers poor hearing. She struggles with short term memory loss and was unable to attend college.

Because of the changes her accident caused in her personality and daily living, Liz lost her friendships, too. She had once been very popular and outgoing, but stopped being able to enjoy typical teen life after her accident.

A Father of Three Gone Forever, Due to Texting and Driving

In Massachusetts, 55-year old Daniel Bowley, Jr. was driving down a highway on a day like any other in 2011. But headed toward him at high speed and texting from behind the wheel was 17-year old Aaron Deveau. Deveau’s vehicle drifted across the center line and hit Bowley’s vehicle head-on.

Bowley had been at church with his girlfriend earlier on the morning of the crash. His girlfriend sat in the passenger seat and witnessed the accident while also suffering a broken leg.

Deveau told officers after the accident that he did not remember sending any texts at the time he lost control of his vehicle. But phone records showed he sent 192 texts in that day leading up to his last message, one he was typing when his vehicle plowed into Bowley’s car. The last message read, “Seeya soon.”

Massachusetts courts found Deveau guilty of motor vehicle homicide and negligent operation of a motor vehicle causing serious injury while texting. His 2.5 year sentence included one of those years in Essex County House of Corrections and a fifteen year driver’s license suspension. But Daniel Bowley, Jr.’s adult children will never see him again.

16 Years Old with Texting and Driving Death on Her Record

A 16-year old in Kansas City named Rachel N. Gannon was texting and driving when she struck a 72-year old driver’s vehicle, causing that woman’s death. Gannon was looking at her phone when her vehicle went off the road. So she attempted to get back into her lane, instead over-correcting and hitting grandmother Loretta Larimer’s car head-on.

The accident killed Ms. Larimer, all the while her granddaughter witnessed the deadly accident from the back seat of the same car. The 10-year old granddaughter did not suffer major injuries.

Rachel Gannon was originally sentenced under the charge of texting while driving to five years’ probation and two days in Platte County Jail, in an attempt to scare her “straight.” The courts also required her to complete community service work and surrender her driver’s license as conditions of her probation. But only three months later, Gannon was back in court for probation violation after throwing a party that involved underage drinking, including her own.

One of the Worst Texting and Driving Accidents Ever

One of the worst texting and driving accidents ever occurred in Texas in March 2017. This particular accident involved a large white pickup truck that had previously been seen swerving and speeding down a highway. In fact, another driver had called 911 about the passenger truck driver’s negligent behavior and recorded video of the activity on his own smartphone. Tragically, police did not reach the texting driver before he caused a major accident.

Twenty-year old Jack Young drove his white pickup truck into a small bus carrying 14 elderly churchgoers. He lost control and swerved into the bus’s lane, hitting that vehicle head-on while texting. Thirteen people on board the bus died because of the accident, leaving only one survivor. Young survived, admitting he was texting while driving at the time of the crash. An Uvalde County, Texas court sentenced him to 55 years in prison.

According to the Centers for Disease Control and Prevention (CDC), National Highway Traffic Safety Administration and a multitude of other government and law enforcement agencies, distracted driving is deadly. This inattention behind the wheel involves any of three means of distraction:

Multiple types of distracted driving exist. These include eating while driving, talking on your phone, using your navigation system or playing with the radio. Paying attention to other people in the vehicle can also cause you to drive distracted.

Texting while driving is one of the worst methods of this dangerous driving. It involves all of the three primary types of distraction. To text, you focus on your phone, use your hands to type and engage your mind in the text, not what is happening on the road in front of you. All of this engagement in texting means no part of you is in actual control of your vehicle, as it speeds down the road.

At 55mph, a mere five seconds of glancing at your phone or texting is long enough for your vehicle to travel the length of a football field, into an accident. In that same glance, you can cause the death of people in your vehicle, others on the road around you, or even yourself. The above examples of the worst texting and driving accidents prove these results happen far too often.

Who Texts Most While Driving?

According to the CDC and National Highway Traffic Safety Administration, people who text and drive range from newly licensed drivers to the eldest of people behind the wheel. But some populations show greatest risk in these dangerous behaviors.

Risk factors for texting while driving include:

How Can We Stop Texting While Driving?

Statistics prove texting while driving is deadly. So how can society stop people from engaging in this dangerous activity?

Obviously, parents play a major role in teaching their teens about the dangers of texting while driving. But law enforcement and state governments also play a role. Many states have banned texting while driving but no one yet knows the real effect of these new laws. Smartphones have advanced so quickly that behaviors change even as law enforcement officers notice increases in particular types of accidents.

For example, today’s most cutting-edge smartphones text by voice command. So this capability provides a false sense of safety for many people who think dangers of texting behind the wheel only involve using your hands to type messages. Instead, even voice commands take your eyes off the road, hands off the wheel and mind off of your driving. We will soon know if voice command texting continues the increasing trend of texting-caused car accidents.

Starting in 2010, the NHTSA studied Distracted Driving Demonstration Projects, the campaigns for public education and media stories that you encounter on the web, television and radio. Their results show that distracted driving with a smartphone, such as texting while driving, decreased significantly in California, Connecticut, Delaware and New York. So we all can expect to see more of these types of driver education campaigns.

Injured by a Texting Driver? The Law Is On Your Side.

State courts prosecute many cases of negligent homicide, vehicular homicide, assault with a motor vehicle and texting while driving each year. As some of the terrible accidents explored in this article show, prison time often provides the right outcome for these accidents and fatalities.

If you suffer injuries because of the negligence of a texting driver, the law is on your side and you do not have to rely only on state courts to prosecute. Car accident lawyers and personal injury lawyers work to help people who suffer because of such negligence gain compensation for their damages and injuries. These types of lawsuits also help deter texting and driving behaviors by financially punishing the negligent party and shining a public light on the negative outcome of texting behind the steering wheel of a car.