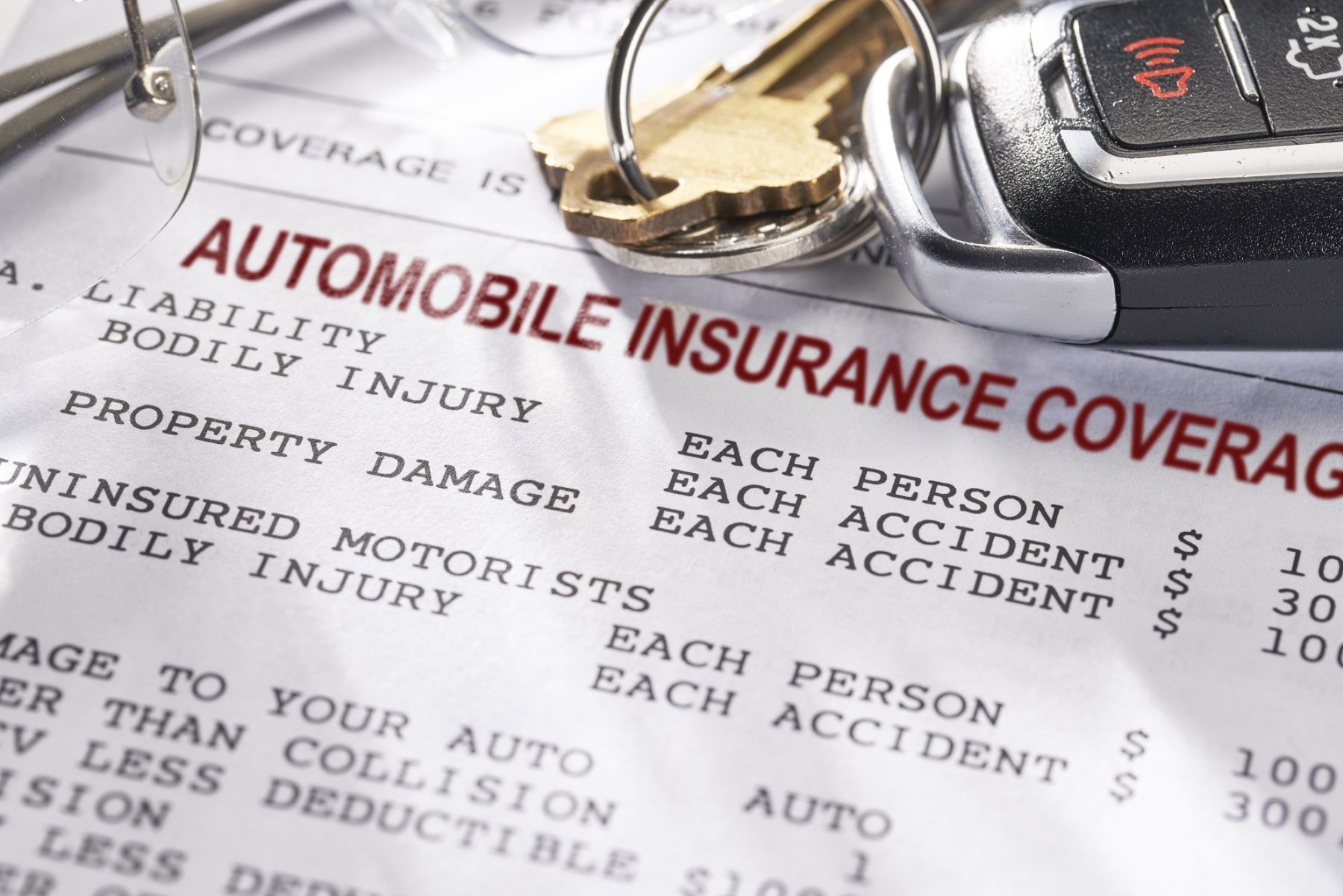 Car insurance is there to help protect your financial well-being in the event that you’re involved in a car accident. However, when it comes down to paying out on a claim, your best interests may not always be on the mind of the insurance company. Rather, they can utilize an abundance of tactics to reduce the amount of compensation you receive after a car accident.

The most widely noted deceitful practice that car insurance companies use is throwing out a lowball settlement offer shortly after the accident. They intend to get you to accept the low offer before you realize that you were actually entitled to a lot more compensation from the accident. If you accidentally accept an initial lowball offer, the case is considered settled, and you won’t receive any more compensation.

The reason that many people fall for this tactic is that they don’t fully understand the total costs associated with the accident. For example, a settlement offer of $20,000 may seem like a lot of money at first. However, once you follow up with your medical provider and undergo necessary treatments, you’ll likely find out your bills cost much more.

Shortly after a car accident, the other insurance company will likely call you to get a recorded statement. Their intention, in this particular situation, is to get you to admit some form of guilt. This way, they can place more blame on you and reduce your compensation amount.

By no means do you have to give any sort of recorded statement to the other person’s insurance company. While they may use highly professional wording to get you to think you must submit to their response, you simply don’t. It’s best to use an experienced lawyer as your in-between for communication with the other person’s insurance company. Your lawyer will know what information to say to ensure that there is no admission of guilt on you.

It’s a common practice of car insurance companies to drag out the settlement process. Their intent is that you’ll get overly frustrated and make the decision to settle for less than you are actually entitled to. It’s important to know that this is a common practice so that you don’t start questioning the validity of your claim.

Tactic 4: They Consider Your Injury Pre-Existing

If you did have a pre-existing injury prior to the accident, you can still be entitled to compensation. You can legally seek damages if your pre-existing injury is worsened or aggravated by the auto accident. While this type of case may be more in-depth to fight, it’s still your right to get compensation for injuries that are worsened.

Tactic 5: Talk You Out Of Contacting A Lawyer

All too often, insurance adjusters for the other party’s insurance company try to talk victims out of contacting a lawyer. They claim that hiring a lawyer is extremely expensive, and you’ll get more money if you keep a lawyer out of it. They also claim that lawyers can bog down the speed of the settlement process, making it take much longer to get your settlement funds.

The truth is that the insurance adjuster is simply trying to ensure the best outcome of the insurance company. Without the knowledge and experience of an auto accident lawyer, it’s common for victims to accept lowball settlement offers. Hiring a lawyer is always in your best interests. The other insurance company is simply trying to keep its payout costs to a minimum. They don’t care about whether or not you receive the compensation that you’re entitled to.

You should never fall victim to their false deadline tactic. Instead, stay calm and keep a clear mind. You don’t want to agree to any settlement offer until you know how much your expenses from the accident will be. Again, you don’t want to settle for $20,000 before you find out your medical bills alone will cost $50,000.

When you’re injured in an accident, the other insurance company wants to limit their payout to you. As you learned above, this involves claiming that your accident-related injuries were a result of a pre-existing condition. One of the forms they will state that they ‘require’ you to sign for your claim to be accepted is a General Medical Authorization form.

Tactic 8: They Dispute The Severity Of Your Injuries

It’s very commonplace for car insurance companies to try and dispute the actual severity of the injuries that you sustained from the accident. This typically happens if they can’t blame your new injuries on a pre-existing health condition. Be very careful about talking with the insurance company or other drivers about the extent of your injuries. Anything you say throughout the claims process can be used against you.

Insurance policies tend to be written in legal jargon that seems incomprehensible for anyone that isn’t a lawyer. Car insurance companies use this fact to their advantage to reduce the amount of money that they payout for a claim. Some insurance companies will claim that they have a lower maximum coverage payout than they really do.

For example, they may state that their client’s coverage was for a maximum of $20,000. In reality, after you read through the legal jargon on the policy, you come to discover that’s not the case. The other driver had coverage up to $50,000. If you already accepted a settlement agreement of $20,000, it’s very difficult to get the insurance company to pay any more.

As you learned above, your state specifies certain claim deadlines that your insurance companies must follow. However, they know that the longer your claim goes on for, the smaller settlement offer you’ll be willing to take. Therefore, they will use a tactic called reassigning your claim.

This tactic tends to confuse victims, and they believe that the statutes of limitation start all over again. The truth is that they don’t. Rather, this reassigning tactic is simply used to frustrate you in hopes that you sign a lowball settlement offer. It doesn’t matter how many times a ‘reassignment’ is claimed by the insurance company. It never changes their statutes of limitation deadline.

Tactic 11: Tell You That You Won’t Get Any Compensation If You Don’t Accept An Offer

Insurance companies know that most average citizens don’t know all their rights when it comes to an auto accident claim. They will expose this weakness by telling you that you only have two options. You can accept their offer, or you won’t receive any money. This backs many victims into a corner, and they accept low settlement offers.

The truth behind this tactic is that they may decide not to offer you any other settlement amount. That doesn’t mean that you can’t take them to court to get the actual compensation amount that you deserve. It’s not truthful that they won’t have to pay you any money if you don’t accept their settlement offer. Their offer is just that, an offer that you can accept or deny. They still are responsible for the damages that resulted from the accident.

Tactic 12: Tell You That You Must Use An In-Network Doctor And Mechanic

Insurance companies will go a long way in trying to deceive you so that they can reduce their payouts. One overly familiar tactic they use is to tell the victim that they must only go to an in-network doctor. This is not the case. Most insurance policies allow the victim to visit any doctor of choice to seek medical treatment.

The same tactic is used when it comes to vehicle repairs. The insurance company will falsely tell you that you must take your car to an in-network mechanic. In most cases, these mechanics offer to charge the insurance company less for shoddy repairs. You can use any repair facility you would like.

When an insurance company realizes that they are going to be responsible for a heavy claim bill, they sometimes try to cancel the policy. Many will cite specific parts of the policy as the reason for the cancellation. However, the fine print doesn’t support the cancelation. If your insurance company tries to cancel your policy after you file an accident claim, it’s vital that you contact an attorney right away.

We’ve all heard those stories on the news about people who falsely filed insurance claims when they were not actually injured. Many times, the person receives hundreds of thousands of dollars in an insurance settlement. Then, months or years later, they are arrested for fraud. The offenders have to pay back the settlement money they received and even more as the insurance company sues them for filing a false claim.

Insurance companies will use these isolated incidents as leverage to make policyholders who are legitimately filing a claim think they’re doing something wrong. They will reveal to you that they’ll sue you in the event that your claim is considered false.

This can have claimants rethinking whether or not they really want to file their legitimate claim as they don’t want to be sued later. As long as you’re filing a claim because you were injured in an accident, you’re legally doing so. They have no legal repercussion to sue you for exercising your rights. This is simply a scare tactic. You shouldn’t let it change your decision to exercise your legal rights.

Car insurance companies know that they can greatly increase their bottom line by reducing the amount of money they pay out in claims each year. They widely take advantage of the average person’s lack of knowledge about their legal rights. Before you file your claim, it’s best to understand some of the common tactics that are used by insurance companies so you can spot them when they happen.

While we went over a number of tricky tactics above, this list doesn’t include them all. For this reason, it’s best to hire a car accident attorney. They have the legal knowledge to identify false insurance claims and fight for your right to compensation for an auto accident.