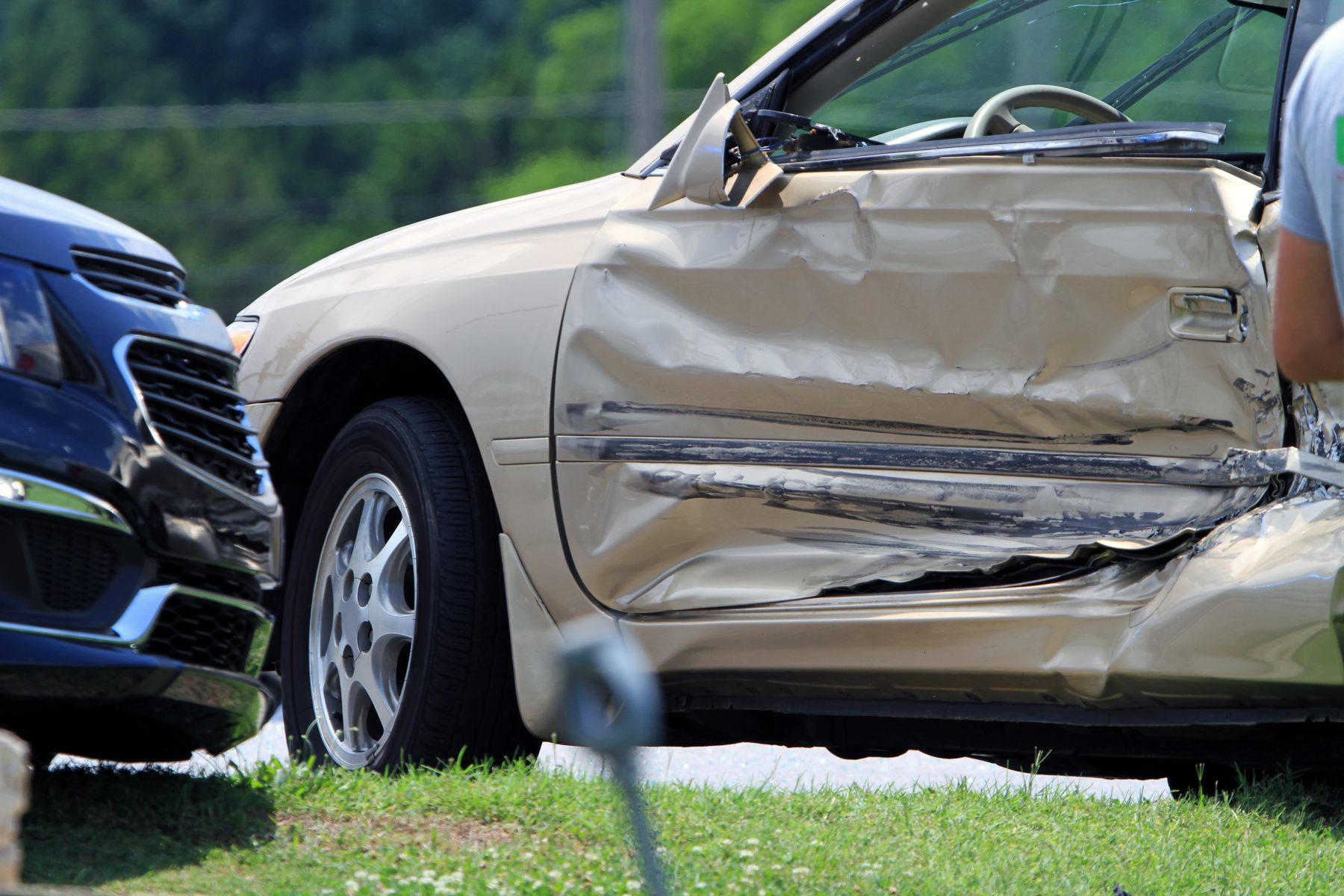 After a car accident, it can feel as if the world has come to an end, but there are things that you need to do right away. You also have many things that you should not do or say because they can reduce the monetary compensation that you could receive for your injuries. If you have been in a car collision, make sure that you don’t do any of the following:

Do not Run Away from the Scene of a Car Accident

A hit-and-run collision is when one of the motorists or both flee the car collision scene, and all states have laws against this. You are required to remain at the scene in case someone is hurt and needs medical attention. You must also contact the police and identify yourself. Depending on the state, a hit-and-run charge will either be a misdemeanor or a felony, and it will result in fines or jail sentences, or both. In some states, a hit-and-run charge will result in a license suspension.

Failing to Call the Police after a Car Accident

You must not fail to call the police after a car accident. When they arrive, they will take a police report. Your attorney will need this report if you hold the at-fault driver accountable for the collision. Without an accurate record from a law enforcement officer, you will not have proof that the accident occurred, and you aren’t going to have any crucial details. Without a police report, it will be your word against the other driver’s word, but a police report will ensure that no one can change their story later.

Some people fail to call the police because no one was injured in the collision. This is an error because a police report is instrumental in determining which driver is at fault for the crash. The report will have an abundance of information, including the condition of the road and the names of the witnesses. The official report will also explain how the collision occurred. A police report will also expedite the claims process.

Not Taking Down All of the Pertinent Details

While you are at the scene, you must gather the information that your personal injury attorney will need. You must exchange information with the other driver involved in the accident. This includes the person’s name, address, telephone number, driver’s license number, license plate numbers, insurance company’s name, and insurance policy. You also need pictures of all of the damages to the vehicles and photographs of the entire scene. Make sure that you also take down the contact information of the investigating police officer.

Ask the witnesses to write down their versions of the events. Make sure that you have a list of everyone’s name and their contact information. All of this information will be of interest to your insurance company, but it will also be of great help when you need to prove what took place in court.

Admitting that You Were at Fault

If you say that you were at fault at the collision scene, you will be at an immediate disadvantage. If it turns out that the other driver can be shown to have the majority of the blame, your admission will make your attorney’s job harder for him. The police officers and insurance companies will determine which driver deserves the majority of the responsibility for the collision later, so you must not decide that it was your fault at the scene of the accident.

The other party’s insurance company will be pleased for you to take responsibility for the crash. Then, they can refuse to pay your claim because you admitted to being at fault. The other risk is that other people involved in the collision will sue you because you admitted to causing the crash. It’s someone else’s job to determine how the collision occurred, so let those people take on this responsibility.

Denying that You Are Injured

You might not feel as if you have been injured right after the crash occurs, but you must never say this. Some time can pass before your injuries become noticeable, so you never want to go on record saying that you don’t have any injuries. For example, you could have internal bleeding, and you wouldn’t necessarily know it until three days later. Although you may feel pain in the beginning, pain from car accidents can get worse as time goes by. Also, you could have a concussion, but the symptoms may not show up for several weeks.

If you tell anyone that you don’t need to see a doctor, this could damage a future personal injury case against the at-fault party. You must go to the hospital right after a car collision because medical personnel will find evidence of your injuries, and they will document them. This is highly important for your lawyer so that she can demonstrate to the court that you were indeed injured in the car accident.

Trusting the Other Driver’s Insurance Company

If you are going to speak to the at-fault driver’s insurance adjuster, keep the details to a minimum. You don’t need to discuss who is at fault or what your injuries are because this would benefit the insurance company. If the insurance company asks to record your statement, you must not do this without your attorney present. After the statement has been recorded, you will not be able to say that you didn’t mean it or that you would like to take it back. Rather than take this risk, tell the insurance adjuster to call your attorney instead.

Even though it is a small offer, you may think that it is a good idea because you may not be working at this time, and the bills are piling up. You will receive a sum of money quickly, and you don’t have to file a lawsuit. The truth about low-ball settlement offers is that they are only beneficial to the insurance companies.

The insurance companies know that you are having financial difficulties, but they want to minimize the amount that they pay you. If they offer you this low settlement, they don’t have to spend a lot of money investigating your claim and paying out a decent settlement.

You must consider the fact that your injuries may last for longer than a year. If you accept a low-ball settlement for an amount that would cover your current expenses, you will not be able to return to the insurance company if your injuries take years to heal.

Signing Documents for the Other Insurance Company

The other party’s insurance company may want you to sign documents, but these documents are legal contracts that you will have to abide by if you sign them. They are written in language that you may not necessarily understand, so you need an experienced personal injury attorney to explain them to you.

One example is the release that you must sign when you receive a payment from an insurance company. The release will be your agreement not to sue the insurance company for further financial compensation. These releases also contain language that limits your rights even further. For example, the document may state that you must not sue any of the other defendants in the case.

In addition to releases, insurance companies try to persuade you to sign medical authorizations. Medical authorizations allow the insurance company to see all of your past medical history and treatment. If you were treated for injuries in the past, they might state that your current injuries are those that were treated many years before and are not related to the car accident.

Insurance companies look at your social media posts for the purpose of finding ways to discredit you. You may be complaining of a severe injury, but the at-fault driver’s insurance company will look for photographs on your social media pages that show you doing things that you aren’t supposed to be able to do with your injury. If the pictures are entirely innocent, this will not stop them. They will twist the story to their advantage so that they can say that you are not as injured as you claim to be.

You may have posted about your car accident, and you want to give your followers updates about it. You might believe that these descriptions are innocuous, but the insurance company will take these innocent musings on social media and make them appear to be something that they are not. For example, you might say that you feel better, but the at-fault driver’s insurance company will take the opportunity to say that you aren’t as injured as you said you were.

Posting about things other than the accident doesn’t stop the other side from using your posts against you. For example, you might have taken a trip and posted photos online. The insurance company may say that your injuries aren’t affecting your life very much because you are out doing all kinds of things. Therefore, the best thing to do is stop posting updates on your physical condition on social media and give friends and family members updates over the phone or in person.

Filing an Auto Accident Claim on Your Own

Filing an auto accident claim on your own may be the biggest mistake you can make. Insurance adjusters tell people that they do not need personal injury attorneys. We know that the insurance company and the adjuster are not working with your best interests in mind. That is why they tell you that you don’t need your own attorney. According to studies on this issue, if accident victims hire their own personal injury attorneys, they obtain 3.5 times more money in compensation.

Personal injury attorneys are very familiar with the unfair tactics that insurance companies use, so it will not be easy for them to take advantage of you if you have an experienced attorney. A lawyer will also keep you from accepting a low-ball offer and ensures that you receive a fair settlement.

Contact a personal injury attorney today if you have been injured in a car collision.