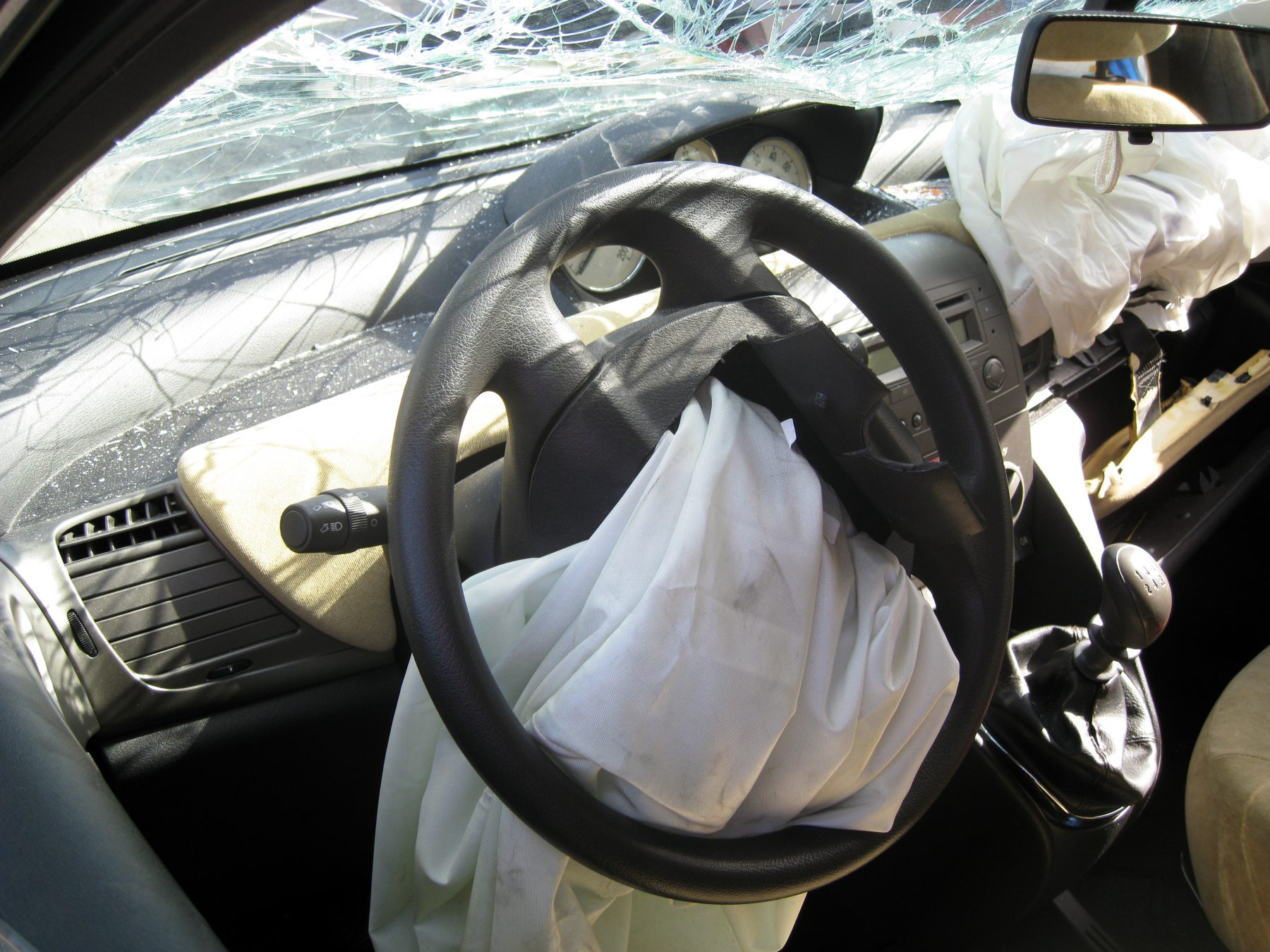 In 1967, Allen Breed, a mechanical engineer, created the first reliable airbag, which included sensors for deployment. His rudimentary design was improved and became a regular part of the automotive industry in the United States. During the 1970s, a few manufacturers began incorporating this safety device into their vehicle lines. In 1998, the government mandated that every vehicle used on this country’s roads must have automatic seat belts or some type of driver’s side airbag.

When you are involved in a car accident, your vehicle’s airbags are likely to deploy. There have been many stories that tout the greatness of these devices. However, many people wonder how much safety is actually provided. The team at the PM Law Firm want to take a closer look at the risks that you face when an airbag pops.

An airbag is installed in a vehicle to lower the risk of injury in times of a car accident. However, many people have questioned the effectiveness of this safety feature. It is important to examine some of the most common airbag myths and to try to debunk them.

Myth 1: Having an Airbag Means that a Seat Belt Isn’t Necessary

An airbag is a backup for a seat belt. To receive the most safety benefits, a person must buckle up at all times. During an accident, an airbag will work alongside your seat belt to keep you from being injured. An airbag is not meant to be a primary safety device. Many times, an unrestrained person can become harmed when an airbag pops.

Myth 2: An Airbag Can Cause Suffocation

Although it may seem like an airbag can cause suffocation, this is not the case. Since an airbag inflates during an accident and quickly deflates almost immediately, no one will suffer with restricted oxygen or become trapped. Also, an airbag is made from a porous material that does not allow suffocation to occur.

Myth 3: Getting Hit with an Airbag Doesn’t Hurt

Even though an airbag looks like a giant pillow, this device is far from soft and fluffy. As it inflates, it quickly pops open and can smash into various parts of your body. You will definitely feel the sensations. However, this discomfort will be much less intense than being thrown from your windshield.

Many car manufacturers include these pieces of equipment into vehicles and have researched the pros and cons of their usage. From the time of introduction, there have been 62 fatal cases linked to the deployment of normal-functioning airbags. Even though this is devastating, these types of safety units have saved more than 50,000 lives.

Myth 5: An Airbag is Easy to Reset

It is quite complicated to replace and reset an airbag. There are many safety concerns involved with personal installation. It is advised to have a professional body shop reset an airbag and to fix any damage incurred from an accident.

How Does an Airbag Work?

As a vehicle gets into an accident, it loses speed at a fast rate. An electric chip, known as a accelerometer, detects the sudden change in speed. When a fast deceleration occurs, the airbag circuit is triggered. This sends an electric current to a heating element, which ignites a chemical explosive. Older devices utilize sodium azide. As this burns, gas is released and enters and fills the bag. As it expands, the entire bag inflates. As an accident happens, a person is pushed forward from the impact and hits the bag. As the internal gases escape the bag, it deflates.

Is an Airbag Safe?

An airbag can be a life-saving device. However, it must be combined with a seat belt so that a person is kept as safe as possible. Many studies show that an airbag lowers the risks of receiving a serious head injury by 85 percent. Unfortunately, many car manufacturers have been highlighted in the news with stories involving faulty airbag units. Also, many complaints have been filed about the dangers of children and cars that are equipped with this type of safety equipment. In the end, these units are able to prevent many injuries and deaths, especially when individuals understand the best ways to avoid potential hazards.

Injuries Most Common From an Airbag Deployment

Keeping Yourself and Your Children Safe

There are a few tidbits of information that can be helpful when considering the safety of airbag usage. If your vehicle contains this type of device, here are some ways to increase your safety.

Unlike older vehicles, today’s cars contain much more than just one airbag. In fact, many automobiles have up to a dozen of these safety features. Instead of solely being placed within a steering wheel, they are found inside of back doors, side areas, and the front of passengers’ knees.

To increase safety, many cars have side airbag units with a curtain design. As they inflate, they protect and stabilize the body in cases of rollovers. The flexible construction is used to protect the bodies of smaller motorists, especially children.

The latest scientific innovations bring great improvements to airbag designs. The technology is welcome. Many units have straps inside that deflect impact from a person’s internal organs toward more sturdy body parts like shoulders. Also, a front airbag may vary its pressure based on a person’s seating position. A side airbag may vary air pressure depending on a passenger’s shoulder position. Thanks to these features, airbag intelligence is much improved and creates a safer environment inside of a vehicle. This heightens the safety between the devices and passengers of all ages.

According to the Insurance Institute for Highway Safety, there are a number of statistics that show the benefits that come from airbag installation.

Much data that involves injuries and airbag deployment may be misleading. Recorded information documents that a person is more likely to leave an accident without any injuries when an airbag does not inflate. However, an airbag does not deploy in accidents of low speed. In general, these types of accidents cause fewer injuries from the beginning.

An airbag is a beneficial safety device. However, when it contains a defect, it can cause more harm than good. If you have been injured from an airbag that deployed without any warning or through an accident, you should consult with a skilled attorney. At P/M Law, our team of personal injury lawyers is ready to help victims around Humble, TX.

In most cases, an airbag can save a life when it works properly. However, it may fail to fully activate during a crash or may deploy by mistake. From 1990 to 2007, defective devices caused approximately 300 deaths in America. By the time an issue with a defective airbag is uncovered, it may be too late. The results can be devastating. An airbag can cause great damage, especially if it is flawed. There is a chance that you can suffer from minor scrapes or major injuries. This may include burns. Besides external physical harm, you may inhale dangerous chemicals when the airbag inflates.

If you have been injured from a defective airbag, you should seek immediate assistance from a knowledgeable attorney. At PM Law, we deal with personal injury cases and fight for innocent victims. We understand the best ways to receive fair compensation from insurance companies and car manufacturers so that you receive justice for the negligence of another party. For more information, schedule an appointment with one of our car accident lawyers.