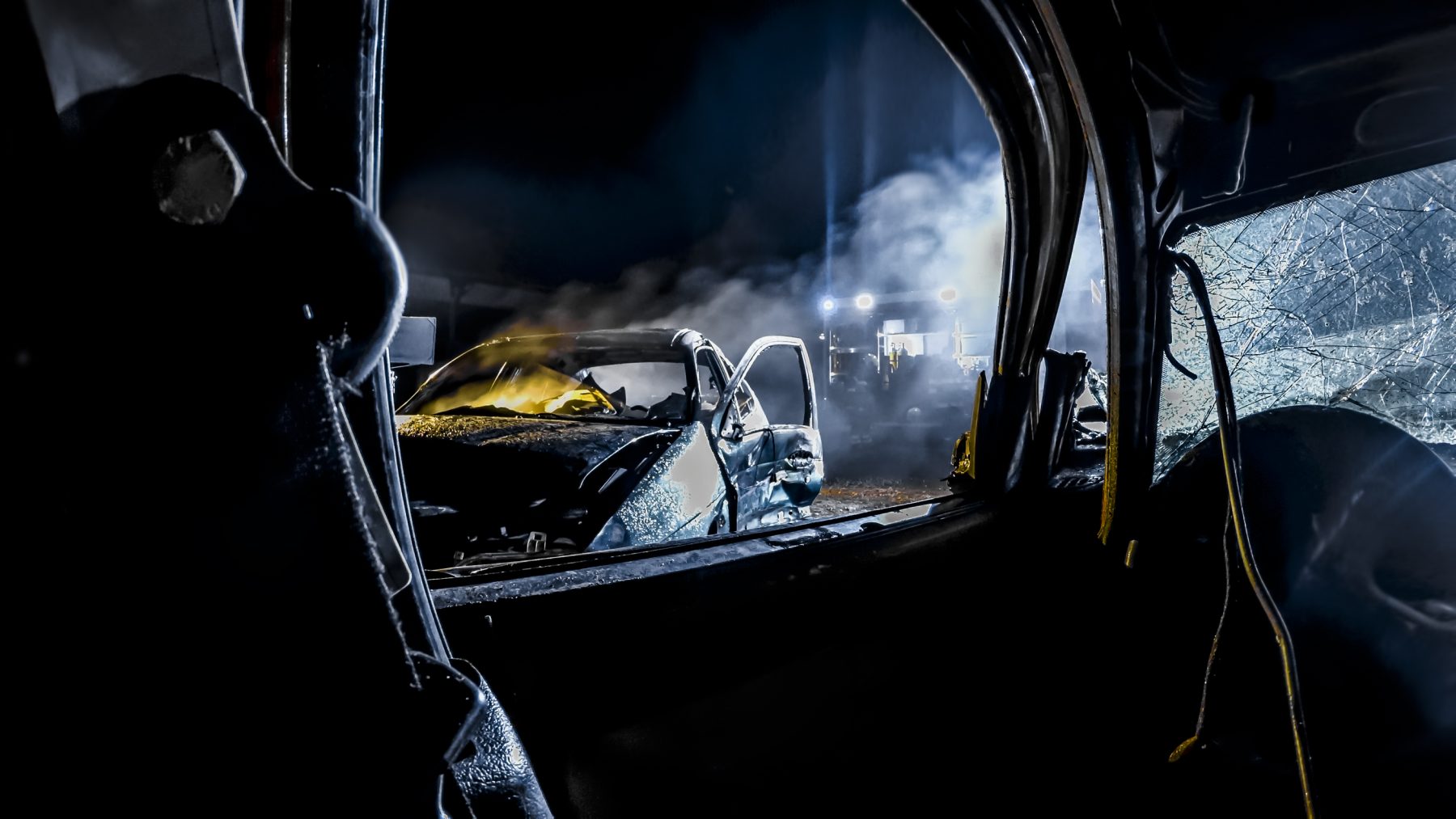 Every year, there are thousands of people that are involved in auto accidents. Of course, no one ever thinks an accident will happen to them. However, it does happen… and more often than it should. There are a number of reasons why people find themselves in a collision that they never wanted to be in. It does not matter how good a person drives, if the other person on the road is not practicing safe driving, car accidents can occur. Here are some easy tips to prevent car accidents that could seriously injure you or someone else.

It’s important to understand that speed limits are put in place for a reason. If you are going over the speed limit, then an accident can happen if you are unable to slow down in time. People have been killed because of the need for speed, and the person responsible has to live with that for the rest of their life. If you are running late just call in to let someone know and take your time. It’s not worth you losing your life or taking someone else’s just because you could not leave your home on time.

Speed limit signs let you know the safe time to accelerate on a certain patch of the street or highway. As you drive, these signs may show an increase as to how fast you should go or a decrease. You should always pay close attention to them so that you don’t find yourself hitting someone in the back. This is true when you are driving through a school zone. Traffic tickets become very expensive if you are flying through one of these and get caught. Vehicles such as cars, trucks, vans, and school buses come to a stop often and are dropping off students who need a safe way to get on campus. If you are not looking at the school zone times or completely ignoring them, an accident is bound to happen not only with another vehicle but also with a helpless child.

It’s important that you follow the speed limit rules so that you can stop accordingly when a school bus has it’s sign out and letting children off the bus, whether they are going to school or going home. That way, you don’t hit the back of the bus. You should not be speeding either in neighborhoods where children are known to play in the streets and sit on top of the cars parked along the side of those streets. If you speed through, you can easily hit a parked car and injure the child. That is why some neighborhoods have speed bumps to prevent this from happening.

People have a habit of looking to see if police are around and if not, they will run a red light. As tempting as it may be, it does not hurt for you to sit and wait for your light to turn green. Even then it’s good to hesitate a few seconds because someone is still going to see if they can make it across before you takeoff. They don’t care that the light has turned red and has not put themselves in a position to stop. You can avoid serious car accidents if you hesitate at the green light versus just taking off just like the other driver who should stop speeding and not run the red light.

Sometimes as you are driving you may find that there are stop signs in the area instead of traffic lights. If you see four sets of them at one time, then it’s a four-way stop. Should you be the first to stop at the sign, you will be the first to go. Running the stop sign is never a good idea because there may be times when you come across only two sets of them. You may have a stop sign and the car across from you will have one but the traffic to your right and left will not. At that point, you have to stop and make sure no other vehicle is coming before proceeding on. If you run the stop sign, a car accident will occur if the driver having the right of way can not avoid hitting you. Not wanting to obey the traffic laws simply because there is no police officer in the area is a dangerous game to play. Plus, you are putting your family at risk of being hurt or worse. No one should have to lose their life because your or anyone else’s inability to stop at a red sign.

Tip #4: Give The Road Your Full Attention

It’s important that as you are driving, you give the road you are traveling on your undivided attention. You are around 18-wheelers and other heavy duty trucks, construction, and other vehicles on the road whose drivers are not understanding the speed limits or other regulations. It’s impossible to drive and not be aware of what’s going on. Driving on “auto-pilot” is a very risky move when you are around vehicles that could be a danger to you. You have probably seen some drivers putting on makeup and combing their hair as they drive. Others are digging around in the seats, or looking at people running or walking on the sidewalk. These are all distractions that could lead to you running into the back of someone’s vehicle or getting bumped yourself because you are not aware of what’s going on.

Tip #5: Pull Over And Stop Where You Are For Emergency Vehicles

It’s important to give the road your undivided attention because of emergency vehicles that may need to get past you. When that happens, they will put on their sirens to let you know that they need to get by. Usually, if its a police cruiser, they may speed past because they must get to a crime scene quickly to de-escalate a situation. If you get in their way, that could become a disaster. The same holds true for an ambulance and fire truck. You don’t want to be found colliding with these vehicles because they must get to the person that needs their assistance quickly. You should show the respect you would want someone to show if you called for emergency personnel. Either pull over if you can or stop where you are and let them go around you to get to their destination.

Once the emergency vehicles have passed you up, this does not give you clearance to follow them after they have ran the red light. They can do that because of their status. You on the other hand can not. People have done this and serious accidents gave occurred as a result of the bad driver thinking that this was something they could get away with. To follow emergency personnel is reckless driving at it’s finest.

Tip #6: Making Sure All Of Your Vehicle Lights Work

There are people who are brave enough to drive their vehicles at night when there is limited lighting and have no lights working on their vehicles. That is not only dangerous for you but very dangerous for other cars on the road. If either of you happens to be in an area where it is pitch black, you can count on car accidents taking place. It could end up being very serious too. If your lights are not working on your vehicle, why take the risk? This would seem selfish to put your family and others on the road in a dangerous position.

Even in the daytime, this can be a problem if you are driving behind a car that does not have brake lights or turn signals. If you’re the culprit, you need to find the nearest auto parts store and get that taken care of quickly. You don’t want someone to hit you at a high impact because they didn’t see a warning from your vehicle that you were going to stop.

If you’re having any mechanical issues while driving and need people to go around you because you are needing to drive slower than normal, you should turn on your emergency flashers. This allows people to see that you are in distress, and they can pass you up instead of staying behind you which can cause a fender bender. When you can, get off the road quickly.

Tip #7: Don’t Get Angry With Other Drivers

If another driver makes a mistake and cuts you off, stay calm. Some people feel that it’s their duty to tail that person and ride up on their bumper. That’s not good if that driver comes to a complete stop and you hit them from the back. In some cases, this could be considered road rage, and you should never try to take matters into your own hands when you get cut off by mistake.

Tip #8: Don’t Get Distracted By Your Phone

Statistically speaking, if we were to chart how many car accidents both small and deadly have occurred, the cellphone would be considered one of the top reasons. People have gotten into major accidents by running their hands on the floor and in between the seats all because of their cellphones. When you are on a busy highway in rush hour traffic, you should not be concerned about your cellphone and who is calling you. It can wait. Your life along with all of the other drivers is very important.

There are vehicles now offering technology that will place your calls on the touchscreen and speakers so you can see who’s calling, and you can talk to them without looking down. It’s safer, and you don’t need to reach for your cellphone anymore. Also, it’s important to understand that in some cities, there is a law that states that you can’t be on your cellphone while driving on the roads, highways, and school zones.

So here you have some very easy advice to follow when it comes to preventing car accidents. Don’t allow your negligence to get you into serious trouble. Remember, if you do cause an accident that leads to someone’s death because of the risks and chances you took while driving, you will have to live with that horrible decision for the rest of your life. Please think about what you are doing when you are behind the wheel, this will keep you and the other drivers as safe as possible.

If you do find yourself in a car accident, make sure you reach out to a qualified car accident lawyer in your area. They can steer you in the right direction when it comes to navigating the complex car accident laws.